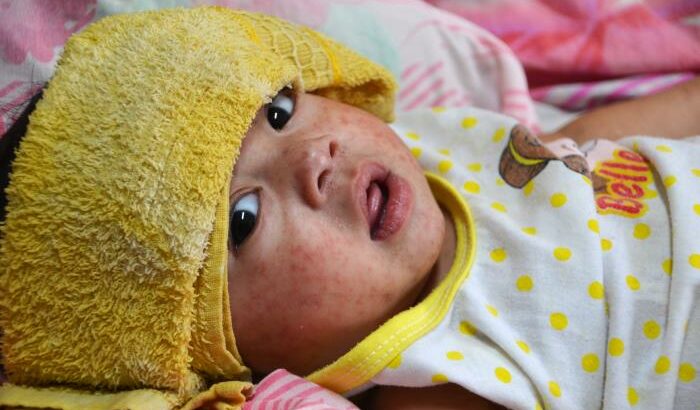 As the debate intensifies about the need for children and adults to get vaccinated, be it for the flu, measles or human papillomavirus (HPV), a nationwide spike in measles has hit close to home.

The Maryland Department of Health has confirmed a case of measles in Pikesville. Officials say the exposure took place on April 2, possibly between 9 a.m. and 1 p.m. at at 4000 Old Court Rd., which houses some medical offices.

Baltimore County has contacted any county residents who were identified as exposed, according to Stacie Burgess, a spokesperson for the county’s Department of Health and Human Services. These individuals are informed of their exposure and educated about the disease, including what symptoms to look for. This is standard procedure during measles investigations, as local health departments work closely with the Maryland Department of Health and community partners.

Measles is a highly contagious and preventable viral infection that is easily spread to unvaccinated persons through coughing, sneezing and secretions from the mouth. The measles virus may remain in the air for up to two hours.

The Centers for Disease Control (CDC) reports that as of April 4, more than 465 individual cases have been confirmed in 19 states. (Maryland was not listed.)  It is the second-greatest number of cases reported in the United States since measles was declared eliminated in 2000.

The majority of people who contract measles were unvaccinated. According to the CDC, nearly 90,000 people die each year worldwide from measles, as it is still common in some countries in Europe, Asia, the Pacific, Africa and other parts of the world. In the United States, most of the measles cases result from international travel. There was one confirmed measles case reported in Maryland last year, which was a travel-related case imported from the country of Georgia.

Gregory Wm. Branch, M.D., health officer and director of Health and Human Services for Baltimore County, said, “I strongly encourage everyone to be up-to-date with all their vaccinations, including the MMR [measles, mumps and rubella] vaccine. If anyone is unsure of their vaccination status, they should contact their health care provider.”

Note: Since publication, the Maryland Department of Health has confirmed two additional cases related to the first case.