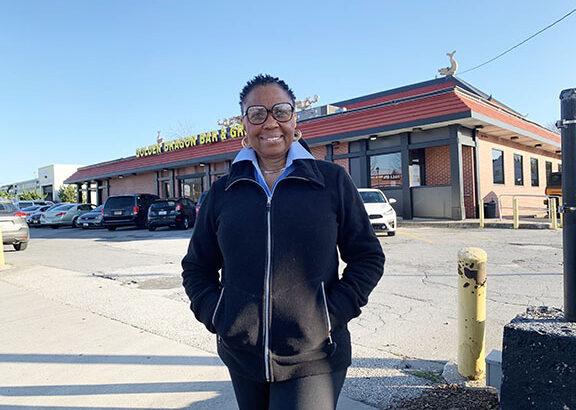 The Baltimore County Police Department touts a decrease in crime, but for residents in the northwest area those numbers provide little solace amid the violence on the rise in their community.

Since February, there are been eight reported shootings—five of them fatal—in Catonsville, Owings Mills, Pikesville, Reisterstown, Randallstown, Windsor Mill and Woodlawn, which have been assigned to four police precincts. (See sidebar on page 9). These violence acts are in addition to dozens of break-ins, assaults, theft, robberies and other crimes that take place daily.

Residents question how urgent the situation is for the police department and elected officials, who they say are not visible. “I see more cops pulling somebody over [for a traffic violation] than I see in the neighborhood,” said one Catonsville homeowner during a conversation about a break-in she’d heard about. She recalled the murder of a young man blocks from her home last year.

There have been five shootings in the Windsor Mill area within a two-week period in March. Homicide detectives continue to investigate the March 16 afternoon shooting of a 32-year-old Windsor Mill resident near the intersection of Dogwood Road and Lord Baltimore Drive. After getting shot in his vehicle, the victim drove his car a short distance before it crashed into a curb.

The following day, on March 17, police responded to the unit block of Cedarwood Circle in Pikesville, for a shooting. Officers found a 22-year-old man suffering from a gunshot wound. He later died at a hospital.

On March 14, shortly after 4 a.m., police responded to the 8100 block of Liberty Road at Millvale Road. The victim attended a gathering and was shot after an altercation spilled into parking lot of a business near Golden Dragon Bar and Restaurant. The business is said to be operating as an after-hours lounge at times.

On March 9, just after 6:30 p.m., police reported that two men were shot in the 3600 block of North Rolling Road and Church Lane in Windsor Mill. A 19-year-old man died from his injuries and another was taken to a local hospital. Community members say the shooting took place near the basketball court at the Scotts Branch PAL Center, where students were shooting hoops. Police spokesperson D.J. Moore said, “At this time, we cannot confirm that students were involved in the double shooting.”

The prior evening, on March 8, when a man was found in a pond behind apartment homes in the 7200 block of Dogwood Road in Windsor Mill, neighbors were concerned about the suspicious circumstances. Police later determined that the 55-year-old’s death was not the result of homicide or foul play.

On March 2, police responded to a call of shots fired in the 6400 block of Baltimore National Pike in Catonsville. A man was found lying in the hotel parking lot. He was taken to an area hospital and is believed to have survived his injuries.

Police are investigating a March 1 shooting of a 38-year-old man critically injured after being shot inside his vehicle in the unit block of Otley Court in Windsor Mill.

“I do not feel safe,” says Arlinda Harris, a resident of the Milford Mill area since 1976. Harris, an esthetician who used to own a day spa in Windsor Mill, suggested that there needs to a bridge of communication between the community, business and the Franklin, Pikesville, Woodlawn and Wilkens precincts to address the increased crime.

Ryan Coleman, the recently elected president of the NAACP’s Randallstown branch, said he believes that crime in Baltimore City is spilling over into the county. “There is a residual effect from Baltimore City and you don’t hear of plans to stop it,” Coleman said. “When there is a murder in Windsor Mill in broad daylight, people are really, really scared.”

“Car jackings and robberies have not come down, because people are riding around with guns. We need to know exactly what the police are doing on this level,” Coleman said. “We want our community to be protected. We have to send a message with the crime that we are not going to put up with this. “

Police provide few details about incidences of crime, especially while they are under investigation, leaving residents to wonder whether the attacks are random or targeted, related to drugs, robberies or personal conflicts.

A scan of police reports from the four local precincts that cover the northwest and southwest area indicate people were threatened and held at knifepoint and gunpoint at all hours of the day and night, while at home, while walking, shopping, and at ATMs. Businesses—from nail salons to liquor stores to convenience stores, department stores and supermarkets.

When asked what it was doing to address the crime and keep the community safe, the Police Department provided a statement from Woodlawn Precinct 2 Captain Orlando Lilly. The precinct commander since January, Lily stated that his crime plan aims to strengthen relationships between the community and youth and to identify social issues and those in need of services and resources. He has been meeting with community leaders, churches and other faith-based organization and elected officials.

“The plan will not be fully developed until all the stakeholders have an opportunity to make their comments and suggestions for implementation,” he said. “…By forging a relationship between the community and Police Department, Lily continued, “we will collectively arrive at solutions that will not only deter crime and reduce the fear of crime, but also improve the quality of life for residents.”