March 17, Pikesville, 21208: A 22-year-old man, identified as Dominick Boston, was found suffering from gunshot wounds. He later died at a hospital.

March 16, Windsor Mill, 21244: A 32-year-old man identified as Marvin Scott of Windsor Mill, was shot in his vehicle in the 6900 block of Windsor Mill Rd, then drove down Lord Baltimore Drive where he later crashed. He later died at Shock Trauma.

March 9, Windsor Mill, 21244: Two men were shot near the intersection of Rolling Road and Church Lane in Windsor Mill. One died, identified as Zaire Saiyan Winter Drake-Cummings of the Catonsville area, and the other victim was taken to a local hospital.

March 2, Catonsville, 21228: Police responded to calls of shots fired in the 6400 block of Baltimore National Pike. Officers located an adult male lying in the parking lot of the Ramada by Wyndam Baltimore, suffering from an apparent gunshot wound.

March 1, Windsor Mill, 21244: Officers responded to Northwest Hospital at around 8:15 p.m. after being notified that a 38-year-old male arrived there, suffering from at least one gunshot wound. The preliminary investigation indicates that the victim was shot inside his vehicle in the unit block of
Otley Court.

Feb. 26, Windsor Mill, 21244: A women identified as Mindi Brooks, 46, found dead of gunshot wounds inside home, along with a dead dog.

Feb. 11, Owings Mills, 21117: Andrew Gardner threatened his daughter and tow truck driver at gunpoint, then barricaded himself in the family home for hours.

Dec. 4, Owings Mills, 21117: Officers arrived in the parking lot of the 100 block of Pittston Circle and found Tyrelle Najee Melvin Wyche, 31, of Woodlawn shot. He died at Sinai Hospital.

Nov. 30, Randallstown, 21133: A shooting was reported just before 10 p.m. at the Carroll Fuel station in the 8700 block of Liberty Road. No victim was found at the scene but a man was later located at a local hospital suffering from gunshot wounds. Police believe the man
was targeted.

Nov. 25, Owings Mills, 21117: A shooting that took place at around 8 p.m. in the area of Beaverhead Circle and Hiawatha Court was the result of an apparent robbery. The male victim was located on Tahoe Circle and taken to a local hospital.

Oct. 12, Owings Mills, 21117: A 32-year-old man, Davon Dominic Curry of Owings Mills, was charged in the shooting death of Dwayne Edward Elliott III, 25, also of Owings Mills. Elliott was found shot inside his vehicle on Christo Court just before 6 p.m. Detectives determined that Elliott made plans to meet with the victim for an illicit drug transaction and during their encounter Curry shot Elliott. He was pronounced dead at Shock Trauma.

Nov. 16, Randallstown, 21113: James Jason Carter, 30, of Baltimore, was charged with first-degree murder in connection with shooting of a man in the 4100 block of Springsleigh Road at around 9 p.m. Because of a dispute, Carter waited for the victim to walk out of his house and get in his car. He then approached the car and
shot the victim.

Nov. 17, Reisterstown, 21136: Police responded to a medical call and found a man fatally shot inside a business in the 100 block of Chartley Drive. He was identified as Davontae Allen Eden, 23,
of Reisterstown.

Oct. 29, Randallstown, 21133: Just after 1 a.m., police responded to the 9800 block of Tolworth Circle for a call of a shooting. Police believe the 20-year-old victim, found in front of his house, was targeted. 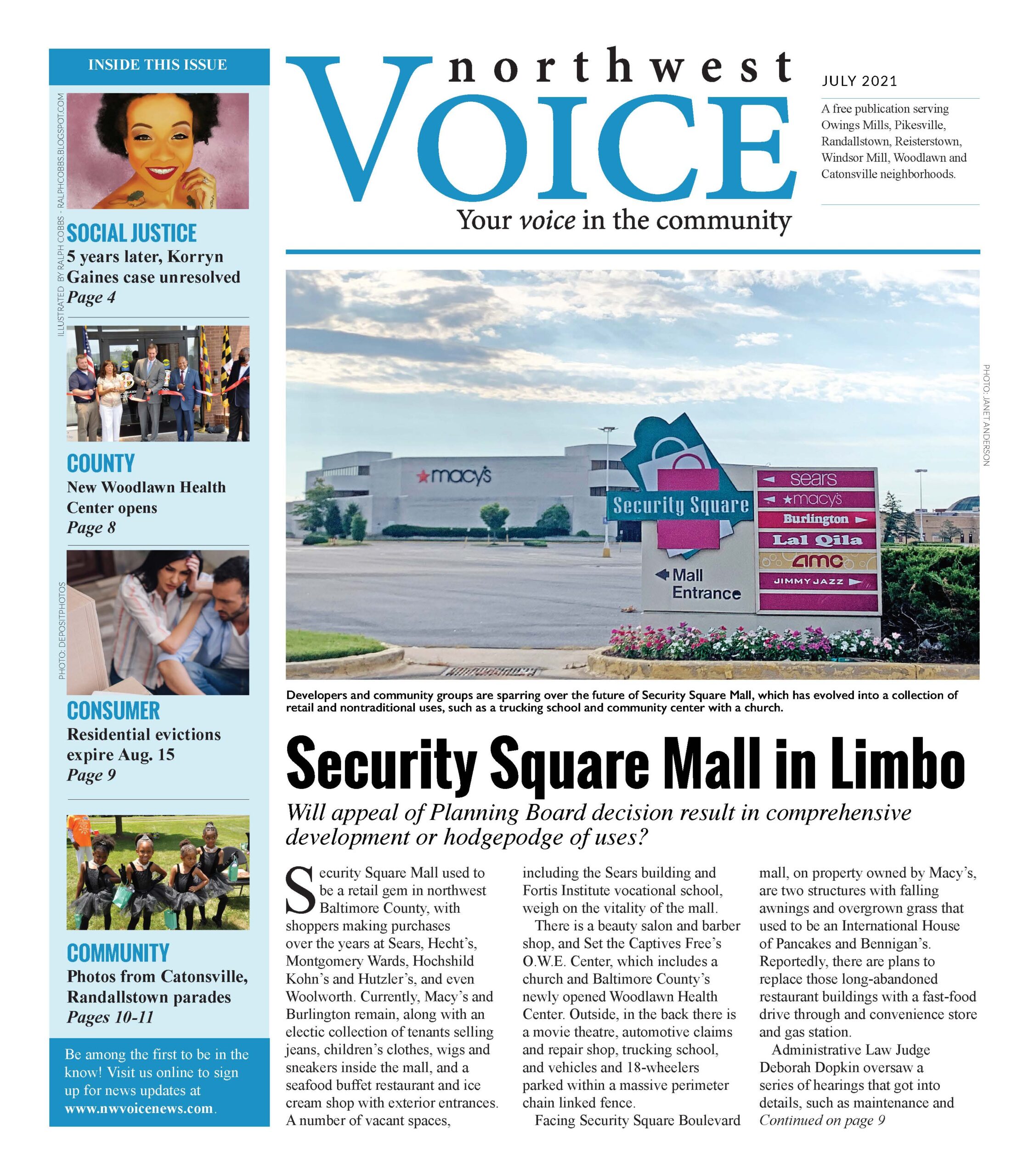