Recent remarks from the Trump administration about building walls at some of our borders and his executive orders to ban certain groups of people from entering the United States have created a lot of upheaval, uncertainty and stress within our nation, around the world and even our communities.

People have taken to the streets to protest some of the new President’s policies; they’re reading more articles and editorials to stay abreast of what’s going on; and are sharing their points of view in conversations with family, friends and coworkers. Celebrities have spoken out against his divisiveness at non-political events and opted out of photo ops and visits to the White House.

Others have embraced Trump’s tell-it-like-it-is and do-whatever-I-want-to-do approach as refreshing, and praise his America-first attitude and perceived business acumen. Some CEOs have distanced themselves from the President and penned letters to their customers and employees objecting to his philosophies and promoting their core values of inclusiveness.

But in the midst of all these political moves and news, immigration has been put in the spotlight.

Is immigration good or bad? Some believe that immigrants flood across the borders, steal our jobs and compromise our culture. They see these individuals and families as a burden on taxpayers and our infrastructure.

Others believe immigrants enrich the fabric of our communities, boost economic growth, and help us meet skill shortages. In other words, their presence creates a more dynamic society.

A recent article in Newsweek caught my eye. It talked about how between 1880 and 1930, more than 27 million people entered in the United States. About 20 million of them—most of them white Europeans—came through Ellis Island. The influx placed a significant strain on New York and other cities where immigrants settled. They faced hostility and endured ill treatment from many Americans.

What we’re witnessing today isn’t so different from those times. It’s déjà vu all over again, except for today’s hostilities are being focused on brown people.

The door is being shut on Muslims, people coming from Latin America, Asia, Africa, and people of other nations and religions.

When immigrants come here to work, we, as a country, benefit from the infusion of their ideas, skills and talents. When you lose the people, the jobs go with them.

As we know, immigrants, many of whom are our ancestors, were instrumental in building America. They brought their culture, science and business skills with them. They continue to contribute to our society in many ways. We’re a more prosperous nation because of the melting pot.

I have many immigrant friends. Whether they’re Muslim, Caribbean, Asian or Hispanic, they are hardworking people who are passionate about their families. They are dedicated business people and religious leaders who want what most of us want—to live in a safe environment, earn a decent living and build a future for the next generation.

To give you just one example, the Islamic Society of Baltimore runs a free medical clinic not just for their families, but for the community at large, without regard for any one religion, creed or color. They also have an eye clinic where they charge a nominal fee to see an eye specialist. They organized a soup kitchen last month and manage a shelter for women.

Trump believes that America shouldn’t let certain people in because they’re out to hurt us. Yes, there are bad people out there, such as organized crime groups that came in through Ellis Island. But the vast majority of those who came were good people. It is the diversity of America that makes it great.

The ethnic diversity of our state and local jurisdictions, such as Howard County and our own Baltimore County, also make us great, help us flourish and do well.

When I look at the northwest corridor, I realize how immensely fortunate we are to have such a diverse population. Owings Mills has a high Hispanic population. Windsor Mill and northern Catonsville have a vibrant Muslim community in close proximity to their worship center. Many Africans are living in the Liberty Road corridor and Pikesville enjoys a large Jewish population. Caribbean people and Asians live throughout the area also.

No, I did not vote for Trump, nor did more than 1.6 million residents in Maryland. I’m hoping that the value of diversity and immigrants becomes clear. We’re better off because of the great relationships and partnerships we have with each other, and our differences, backgrounds and life experiences only make those relationships more meaningful.

We are a remarkable community in the northwest. Let’s continue to support each other and not let the divisiveness take root here. We can agree to disagree. We are more alike than different. We are our brothers’ keepers. Don’t let hate win. 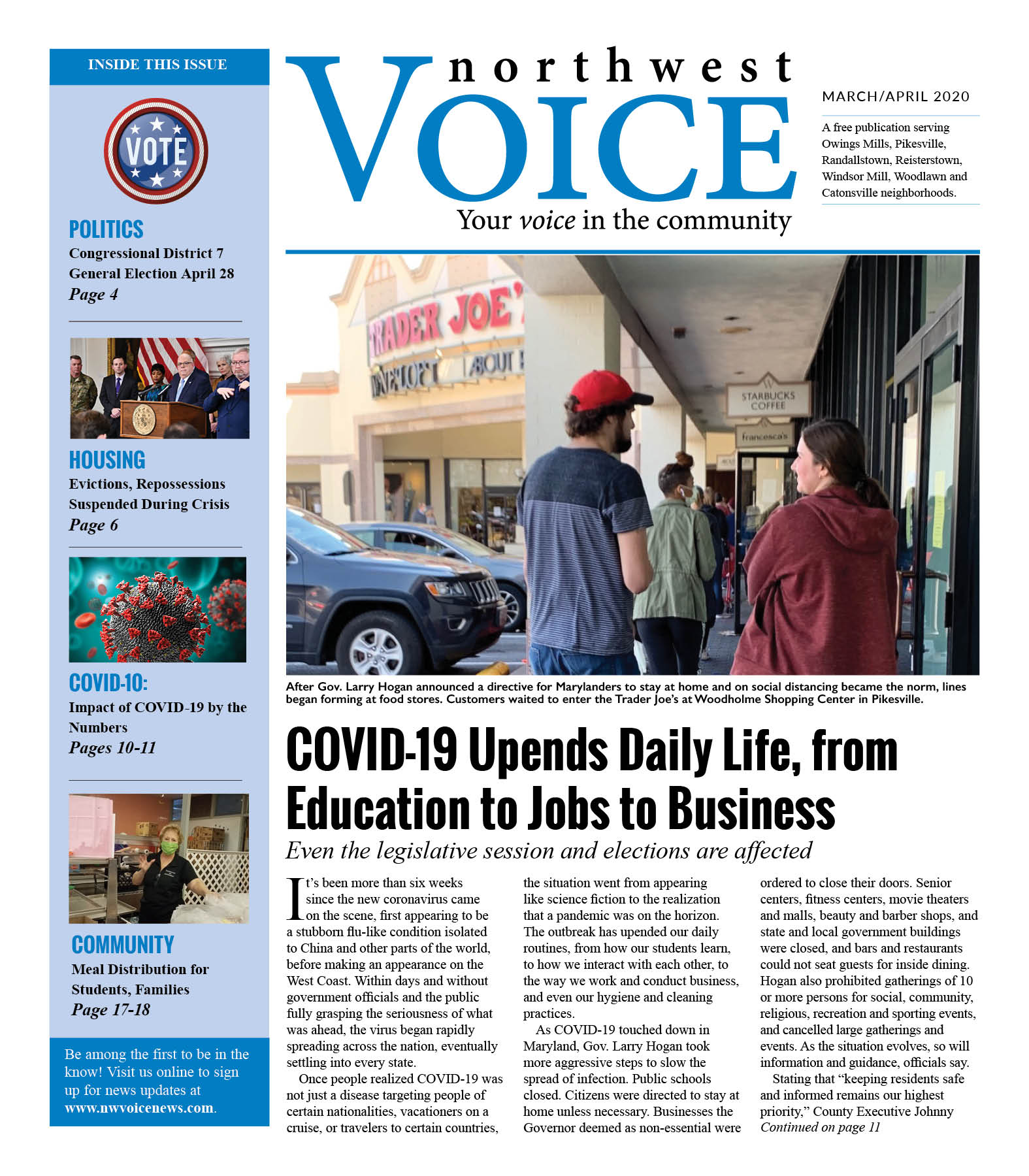