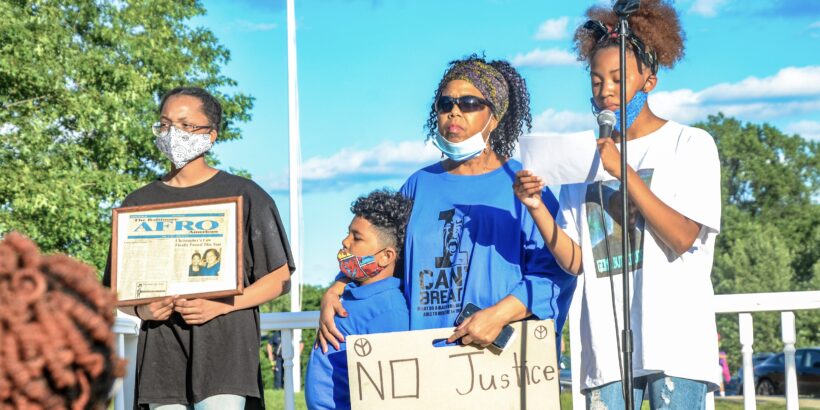 This morning, in my inbox, was notification of a very timely article published in the New York Times. The headline is “What Has Changed Since George Floyd,” and it looks at the growing adoption of police reform. It notes that Congress can’t agree on a bill but 31 of America’s 100 largest cities have enacted policies restricting officers’ use of chokeholds, and in all 62 of the 100 largest cities now have such policies in place, including New York and Minneapolis.

There were statements that made me proud and aspects of the dialogue that became downright silly and represented an obvious attempt to complicate an important issue. As with all legislation, it’s not a perfect bill that will satisfy everyone. But it’s an excellent start. We cannot continue to march and protest, and not demand real change. To be clear, we appreciate and respect the brave work that our police officers do. That does not mean that everyone cannot benefit from more accountability and a law to better protect our community. We can’t keep accepting the

Baltimore County Council members will vote on the bill today, Aug. 3, at 6 p.m. in their legislative session.

Remember Chris Brown, the 17-year-old Randallstown High School student who was murdered from asphyxiation at the hands of an off-duty police officer? Remember the 14-year-old at Old Court Middle School who was thrown to the ground and pinned under the knee of an officer who felt threatened? Remember the fatal police-involved shooting of Korryn Gaines and Eric Sopp, both of whom reportedly suffered emotional issues, and may still be alive had appropriate de-escalation techniques have been used?

You’ve heard time and time again, that we must turn protest into action. The most immediate priorities are police reform and voting. I will update my comments in the next issue of the Northwest Voice and intend to call some folks out for their comments and actions on this bill. In the meantime, I urge you to write your Baltimore County Council members and ask them to support Bill 73-20. Send all emails to countycouncil@baltimorecountymd.gov.

Take note of the comments from your elected officials and remember their positions and actions.