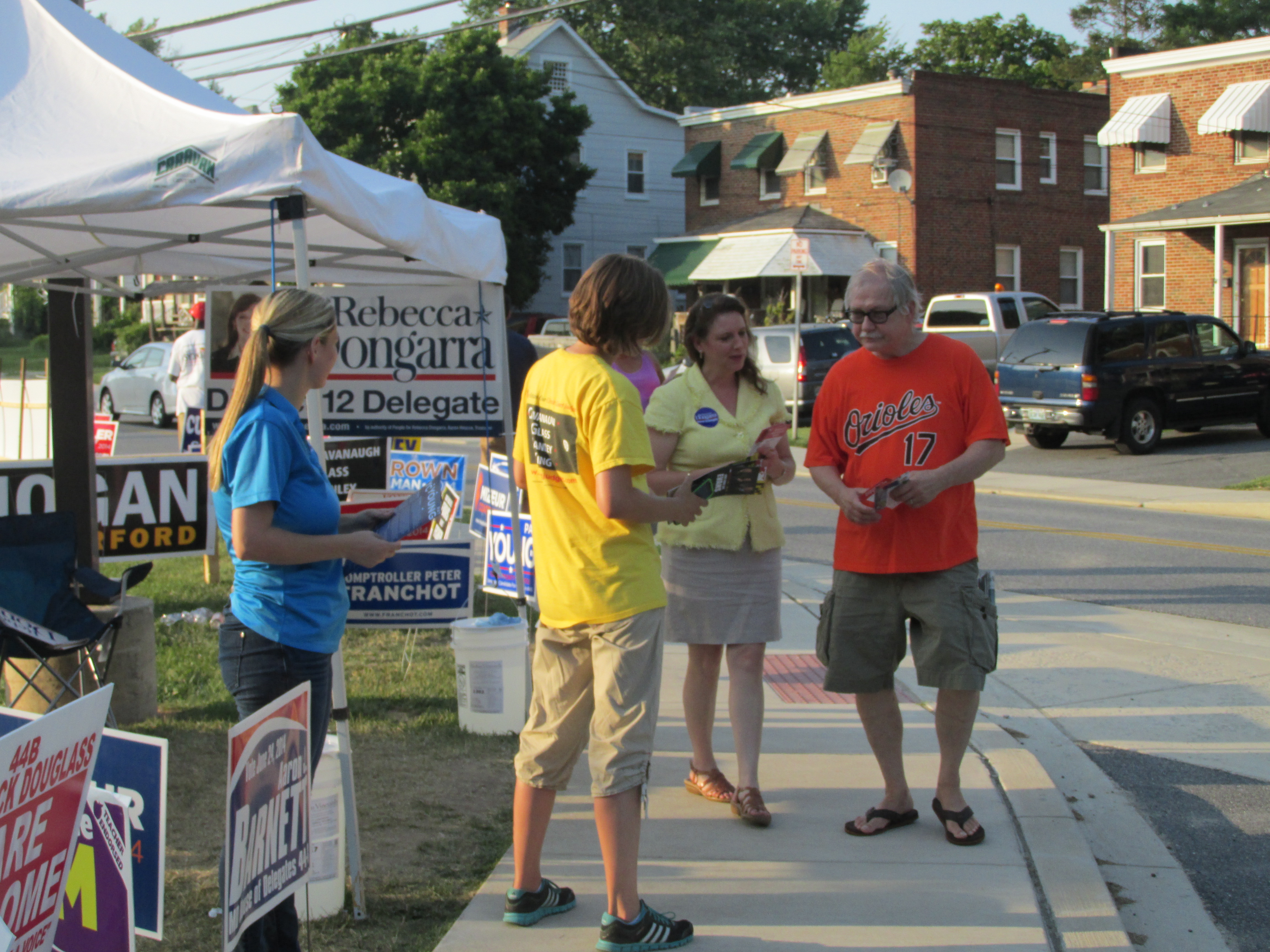 You’re not imaging things. The radio and television advertisements touting candidates’ claim to fame and their competitors’ weaknesses, the colorful lawn signs staked in every plot of grass, and the direct mailers cramming your mailboxes have purpose and urgency.

On June 24, three months earlier than usual, there will be a gubernatorial primary election in Maryland, and dozens of political hopefuls for State and local office are vying for your attention and your vote.

This year, in some highly competitive challenges, voters will elect a Governor and Lieutenant Governor, Comptroller, State’s Attorney and representatives to the state Senate and House of Delegates. On a local level, people will head to the polls to make their choices for Baltimore County Executive and members of the council, Clerk of the Circuit Court, Democratic Central Committee, Judges of the Circuit Court, Judges of the Orphan Court, Register of Wills, State’s Attorney and Sheriff. Voters will also elect a representative for U.S. Congress.

The candidates’ field is deep and wide, with potentials of different backgrounds, professions, interests, motivations and political affiliations. With a number of veteran legislators retiring or deciding not seek election, many newcomers and perennial candidates have jumped into the race, believing that this year they may have one of their best chances to win a seat.

For those who want a head start in the democratic process, early voting takes place at eight polling locations around the county on June 12 through June 19 from 10 a.m. to 8 p.m. Northwest county residents will have an additional early voting place, since 2012 legislation increased the number of locations from five to 8. Reisterstown Senior Center at Hannah More was one of the polling places added, Brown said.

Like many political observers, Katie Brown, director of the county election board, predicts a low voter turnout. With the primary election set in the middle of summer vacations and some communities moved to new districts, “I’d be surprised if 25 percent turn out to vote,” she said at the June 10 public demonstration of the voter process. A team of staff, paired as Democrats and Republicans, meticulously went the process of casting, canvassing and tallying paper ballots, testing a random machine for “logic and accuracy,” as required by state law.

After declaring the voting machines ready for the election, Brown urged county residents to “take advantage of early voting. We put so much time and money into it.”

Besides an earlier primary, there are other major changes. Several districts have been redrawn, including District 10, which will include more of the Owings Mills and Reisterstown areas. Parts of Catonsville and Windsor Mill will merge into District 44, previously a Baltimore City district. Be sure to check your voter card since your district and polling place may have changed.

The bottom line, said Brown, “This is our local election and these are the people who will represent you.”

The general election is on Nov. 4. For more election information, visit baltimorecountymd.gov/Agencies/elections/.