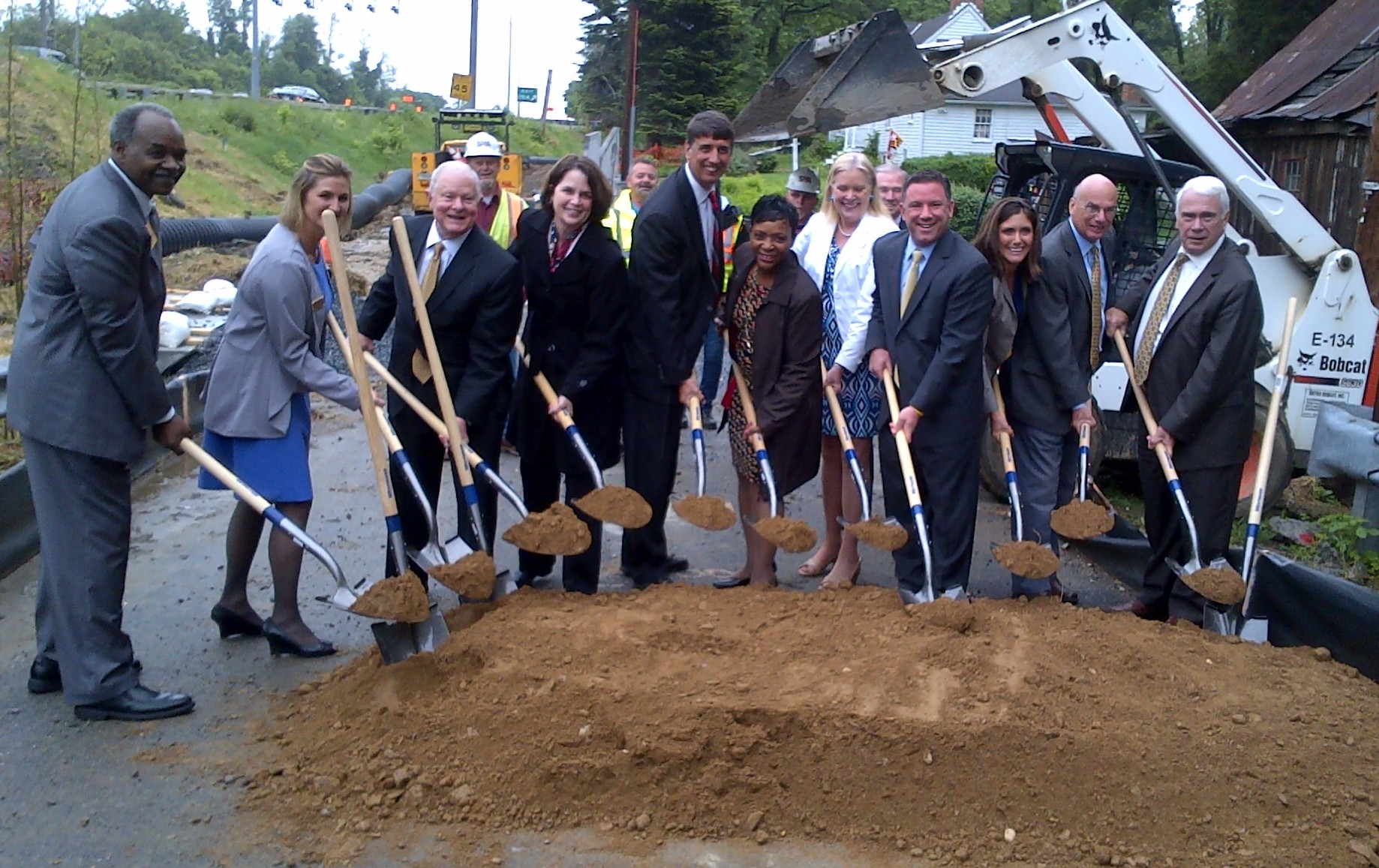 Liberty Road in Randallstown and Main Street in Reisterstown are scheduled for major traffic safety and community enhancement improvements.

Adrienne Jones, State delegate for District 10, announced along side James Smith Jr., secretary of the Maryland Department of Transportation, the nearly $3 million in revitalization projects to enhance motorist, bicyclist and pedestrian safety along the busy roadways.

The first phase of improvements on Stocksdale Avenue to Woodley Avenue will include pavement resurfacing, pedestrian lighting, sidewalks and a new gateway sign for historic Reisterstown. Work will begin this summer and is expected to be completed in the fall. Similar work on Woodley Avenue to Glyndon Drive will begin next spring and will be completed in late fall 2015.

The $762,000 project along Liberty Road includes resurfacing between Liberty Ridge Court and the Carroll County line, constructing sidewalks that are compliant with American Disabilities Act, and replacing overhead lights, and improving traffic operations at the Lord Baltimore Drive intersection. A pedestrian safety analysis will also be initiated between I-695 and Brenbrook Drive. Work is expected to be completed in the fall.

The enhancements earned praise from local community groups. Glen Barnes, president of the Reisterstown Improvement Association, said, “Continued work on our Streetscape project by the State Highway Administration is very important as we want Main Street to be a destination, not a drive-through road.”

Aaron Plymouth, president of Combined Communities Advocacy Council of Greater Randallstown, who noted that his organization had requested the State Highway Administration to conduct a pedestrian and motorist safety study, said, “New sidewalks and ADA compliant curbs are solely needed in greater Randallstown.”

And There’s More…
A construction project to widen Interstate 795 from four to six lanes and construct a new interchange at Dolfield Road is slated to begin this summer. The project, to be funded with State and federal dollars, will reduce congestion, improve traffic safety and provide additional access to planned growth throughout the corridor.

Another project widens Reisterstown Road from four to six lanes between Garrison View Road and the CSX Bridge near Owings Mills Boulevard. The state will be responsible for northbound MD 140 improvements, while Foundry Row Developers will be responsible for southbound improvements. The project includes bicycle and pedestrian accommodations, landscaping and drainage improvements, and is broken into two phases: Garrison View Road to Painters Mill Road and Painters Mill Road to CSX Bridge.