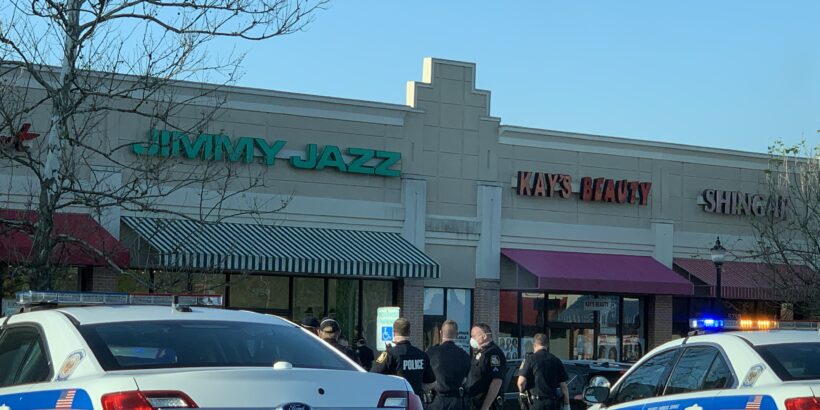 With the highest police-involved shootings in Maryland, the County Council took a pass.

Amid a national reckoning for equitable policing and sanctity of life, hundreds of people marched in Black Lives Matter demonstrations around the county, calling for changes to Police Department practices. To initiate that action, on July 6 Councilman Julian Jones put forth a Baltimore County Police Department reform bill that would ban chokeholds, prohibit the department from hiring bad officers terminated from other jurisdictions, and require de-escalation training. Bill 73-20 would also require an officer to intervene when another officer uses excessive force and provide that officer whistleblower protection.

Days after a July 28 Baltimore County hearing at which dozens of people signed up to testify, Bill 73-20 was up for a highly-anticipated vote before the seven council members on Aug. 3. More than 180 people were tuned in to the meeting virtually.

Council chair Cathy Bevins of District 5 called the bill for a vote, and District 1 Councilman Tom Quirk immediately moved to table the bill. The vote in favor of setting aside the bill was 4-3.

“It’s a disgrace on our council tonight that we would table this bill. I am shocked.”

After the meeting, Jones, who said he was embarassed at the council’s actions and disappointed in the vote, has pledged to reintroduce a series of similar bills next month.

Quirk, who represents Catonsville, Woodlawn and Windsor Mill, began his comments with a pledge of support and confidence in the “many reforms” County Executive Johnny Olszewski, Police Chief Melissa Hyatt and State’s Attorney Scott Shellenberger have initiated. Quirk said that state legislation is preferable, as a House Policing Workgroup was holding public hearings and working on reform for the Maryland General Assembly’s 2021 legislative session that convenes in January. Quirk also noted that the Blue Guardians, a police group that represents primarily minority officers, preferred action at the state level.

Jones said, “I have never seen more community support for a measure in my entire history on the council. It was clear during the six hours of testimony that citizens of Baltimore County are very interested in police reform.”

Taking a shot at Quirk’s perceived priorities for legislative action, Jones added, “It was in 2018, that Councilman Quirk was so worked up over a dog named Oscar that he introduced legislation to change the law. We as a body came together and changed the law to protect future Oscars. Where is the law to protect future Korryn Gaines or future Eric Sopps,” Jones asked, referring to two county residents killed by police under controversial circumstances.

Izzy Patoka, councilman for District 2, which includes Pikesville, Lochearn and Reisterstown, wanted the bill to move forward. “We all were elected to lead to make tough votes, not to follow and not to table. We should have the strength and leadership capacity to make these tough votes.”

Council members raised a plethora of reasons for tabling Jones’ police reform bill. Some suggested that police reform should be a state law, and some did not want any law at all and preferred a resolution, which is advisory. Some thought the direction in which the County Executive and Police Chief are moving was sufficient enough to address police reform.

Council members also complained that last-minute amendments complicated the bill and left them inadequate time to review it. Patoka reminded members that the bill before the council was Jones’ bill and not other versions that had been circulating and that had not been submitted to the council secretary for official review.

As is the council’s process, the legislative session followed a work session on July 28, at which Hyatt and Shellenberger, whose office reviews incidents of police use of force, presented their views on the bill.

Declaring that “no legislative action is necessary,” Hyatt outlined the steps she’s taken. As part of her priorities to strengthen public trust, rethink oversight and accountability, and enhance officer training and wellness, Hyatt said she has hired a director of accountability and compliance and a director of diversity and inclusion. Additionally, she said, the department is conducting a staffing study, and has initiated an independent review of hiring review and practices. Additionally, Hyatt stated, a professional standards bureau and a newly reorganized community and support bureau have been created. Police dashboards will provide more data.

Hyatt dismissed some of the requirements in the bill as overly detailed and too absolute. She said they do not “match up with accepted best practices, and that oversimplifies complex situations and decision making.”

However a county staff person stated that Bill 73-20 is grounded in 21st century policing principles, and uses language similar to that proposed by other metropolitan police departments and from language in U.S. Department of Justice consent decrees.

In a tense exchange between Jones and Hyatt, the police chief initially said had not received a copy of the bill until a week prior to the hearing. Jones clarified that he sent a draft to her weeks prior.

When Hyatt said there were only five police involved shootings in 2019, Jones corrected her that there were eight—the highest of any jurisdiction in the state, according to state data.