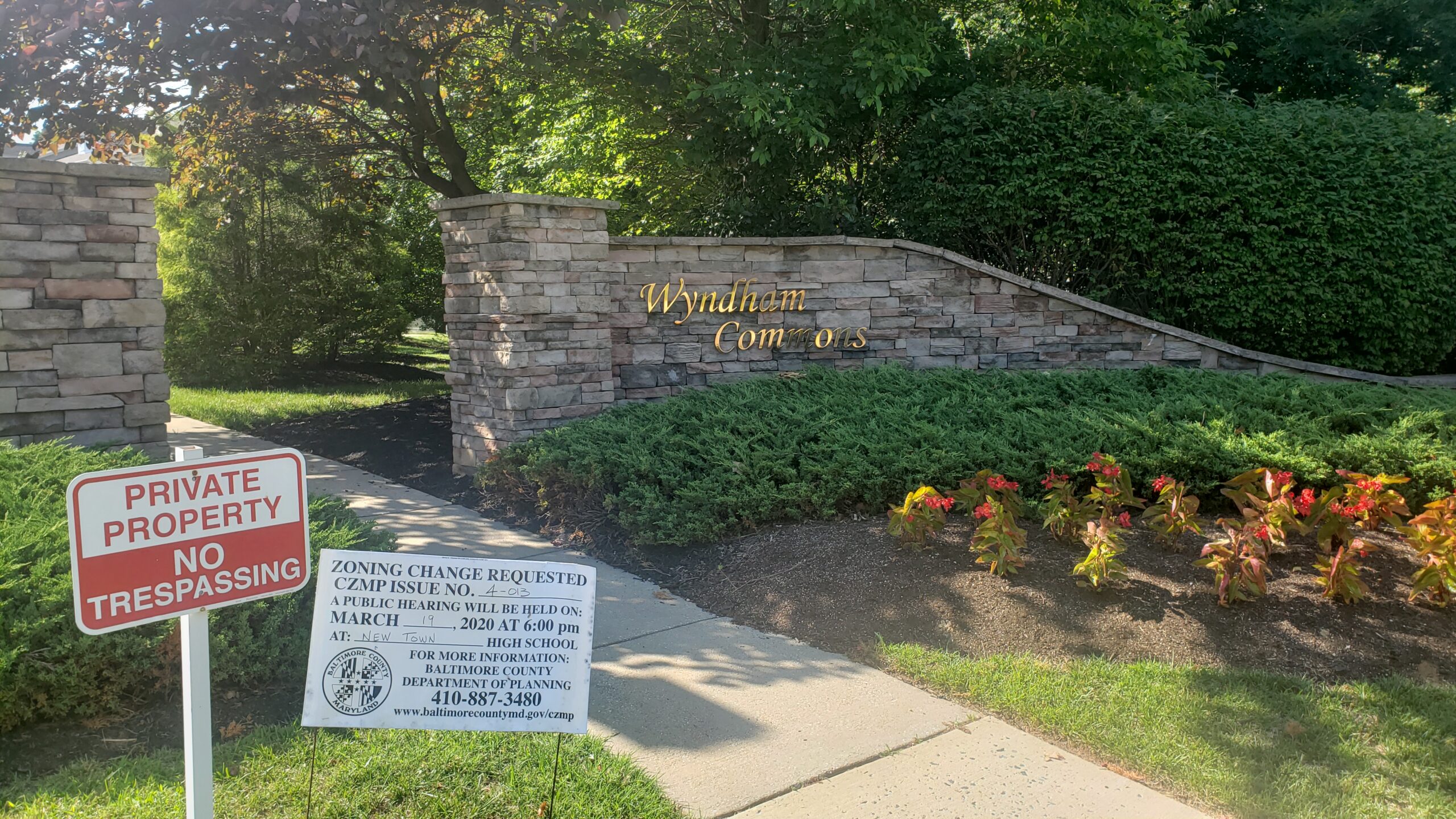 A plan to construct housing on a small plot of land in the middle of a 55-and-older condominium complex  must be stopped, speaker after speaker told members of the County Council in a virtual meeting on the Comprehensive Zoning Map Process (CZMP).

With the COVID-19 crisis continuing to cancel in-person meetings, the council is holding the zoning meetings, as well as its work sessions and legislative meetings online. The council held online CZMP hearings in June to gather the public’s feedback on development proposals from developers, private citizens and homeowners associations that want to build, protect against development or control what can be built with a zoning change.

The process is in the final stages, with Baltimore County Planning Board staff and members making recommendations on more than 300 requests for zoning changes impacting 4,900 acres. However, this time around the proposals are not being held in packed school auditoriums with dozens of citizens signed up to speak in favor or against.

Many are flying under the radar. At the hearings for the northwest and southwest councilmanic districts, typically fewer than 20 people spoke on a handful of projects.

In District 1, which covers Catonsville, Windsor Mill and Woodlawn, a proposed parking lot in the Catonsville main street area was the hot topic at the June 11 hearing. In response to a request from Councilman Tom Quirk and County Executive Johnny Olszewski that he head an adhoc committee to explore parking needed to accommodate the thriving Catonsville main street of restaurants and retail, former county executive Donald Mohler said two parcels of land have been proposed for rezoning from residential office to business local. The planning board is listed as the petitioner.

Representatives from community associations and two business owners commented that that designation is not a logical one for the area and would exacerbate problems with flooding. They also complained that the plan had not adequately studied the impact on housing, that parking is not in the master plan, and the process was not transparent.

There has been controversy around proposed rezoning of the Rolling Road Golf Club. As part of his comments at the virtual hearing, president Rick Savarro announced that the golf club would not be relocating from its 94-acre site situated near Catonsville High School, Catonsville Community College and University of Maryland Baltimore County.

A proposal to downgrade zoning had effectively derailed viability of the historic venue’s move to a 206-acre state-owned site on Frederick Road in Oella. Much of the property is preserved, but the additional land would allow the club to build more amenities.

Sovero attributed the decision to local community backlash, disruption caused by the COVID-19 pandemic, and the need for the horse farm owner to sell the 10-year lease quickly. Additionally, he said, Quirk’s proposal to “downzone” the club’s property from 3.5 homes per acre to zoning to one home per acre would cause “financial distress to our current existence.”

There also was testimony on Patapsco Fields, a 182-unit townhome development off Johnnycake Road in Windsor Mill. It is adjacent to another site for townhome sales, Patapsco Glenn. Speakers from various homeowners associations commented that the county was using outdated information for its approval process, such as the need for housing as a result of the red line Metro project, which was cancelled years ago, and an expanded Social Security facility that did not take place.

In District 4, Tim Clark, a Fieldstone resident, spoke on four issues of interest to the Combined Communities Advocacy Council of Greater Randallstown (CCACGR), an organization that represents 10 community associations. Clark said the CCACGR opposes construction of a 90-bed assisted living facility in a residential neighborhood that would add to traffic congestion and disposal of waste, and of a veterans’ home on 58 acres. They support projects related to the Choate House.

Wyndnam Commons Condominiums is a 74-unit property in Owings Mills’ Tollgate area for homeowners 55 and older. Several homeowners testified to request that the county retain its current zoning to prevent the developer from constructing an apartment complex on a vacant lot within the condo community. They presented detailed accounts of how the property was to be developed years ago and how a property owner had received county funds more than twice the value of the property.

Lyonswood Homeowners Association is requesting that five acres at the corner of Lyons Mill Road and Wynfield Drive, near Happy Acres, be downzoned. Kyle Speece, a regional vice president with Conifer Realty, which purchased the land to build 54 workforce housing units at 9307 Lyons Mill Rd., opposed the zoning change, as he has done in other meetings.

Speece called out additional “tactics to stop development,” which include the County Council enacting Bill 54-19, to restrict the height of structure, even though it’s adjacent to a similarly constructed Owings Mills Park Apartments. “Downzoning this property amounts to an arbitrary limitation of what it can be developed into and therefore immeasurable taking of its value,” he said.

Conifer Realty is taking legal action based on discrimination of income levels for the potential residents, Speece said.

In District 2, which includes Pikesville, Lochearn and Reisterstown, St. Mark’s on the Hill, an episcopal outreach church in Pikesville, wants to use almost two-and-a-half acres for a workforce housing project on the southwest side of Reisterstown Road and Old Court Road. Comprehensive Housing Assistance Inc. (CHAI) and Episcopal Housing Corporation, which builds affordable housing projects, are partnering to develop the parcel of land.

Alan Zukerberg, president of Pikesville Communities Corporation, said the organization that represents 17 associations several zoning requests opposed the housing project. He also spoke again a zoning request from Suburban Country Club, which he called “not reasonable and placed as a bargaining tool” to address its financial problems, and Pikesville DoubleTree by Hilton Hotel development at the beltway and Reisterstown Road. A change to a major business category would accommodate plans for a 65,000-square-foot office building with restaurant space.

The hearings before the County Council is the last step before council members take a final vote before Sept. 16. It has been practice that when voting on a project, council members defer to the council person representing the district the zoning impacts.

Get more information on the zoning process and see a log of issues at baltimorecountymd.gov/Agencies/planning/czmp.