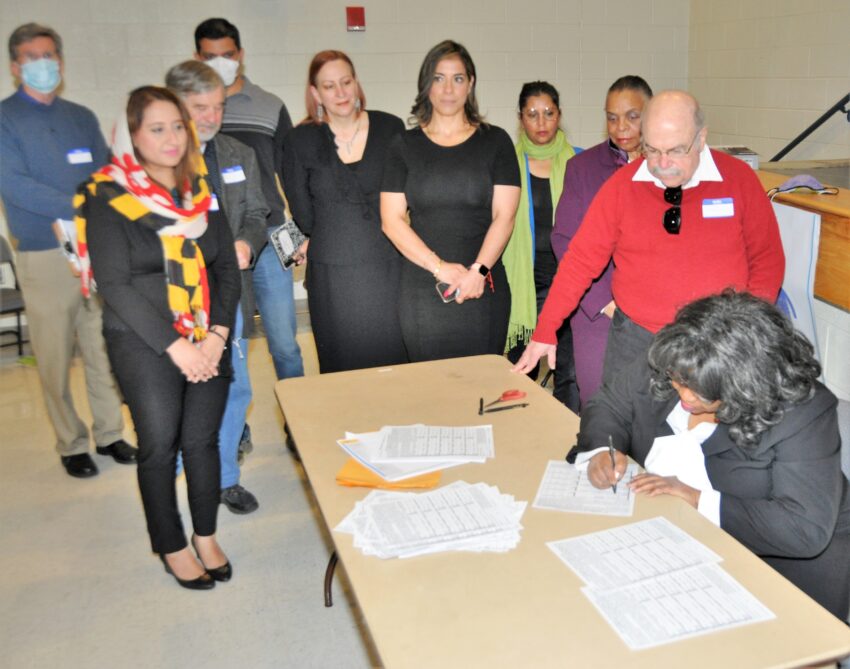 At the time Baltimore County’s charter was established in the 1950s, seven council members represented the roughly 350,000 citizens. Decades later, the county’s population has more than doubled to the current 854,000, but the number of council members elected to represent local residents remains the same.

That should not be the case, insists the recently formed 4 More! 4 Baltimore County. The organization is on a mission to more proportionately expand the council, to 11 members. There needs to be a bigger table so that more people can have a seat, says the group’s chair Linda Dorsey-Walker. An Owings Mills resident and elected member of the Baltimore County Democratic Central Committee for District 11, she says, “We are asking for four actual carved out seats—not at-large seats.”

To achieve that goal, organizers must collect 10,000 signatures by Aug. 1 for the issue to added to the Nov. 8 General Election ballot as a referendum. If voters say yes, the change would take effect in 2026.

Creating additional seats would reduce the district sizes from 125,000 to 78,000 and allow representatives to be more accessible and responsive to constituent interests and concerns, Dorsey-Walker says. The change would also result in expanding opportunities to diversify council by race and ethnicity, gender and even political party, and open doors for new, young and other candidates.

Dorsey-Walker says she first began proposing the idea of expanding the size of the council after the 2000 census, and thought two extra seats was appropriate. That has changed during the redistricting process to redraw state, local and congressional lines. The initiative took on more urgency when Council members ignored constituent calls for additional majority-minority districts and adopted a map that practically assured the current representation, of which six of seven council members are White when the county’s minority population is 30%. Dorsey-Walkers says she’s presented alternative maps and the proposal to add four council seats at meetings of the Governor’s and legislative redistricting commissions.

“By my estimate, there would be at least three majority-minority districts with no one moving in western Baltimore County today.” Dorsey-Walker say Parkville, in the northeast, has the potential to be such a district.

Volunteers are taking their case to community meetings, churches and festivals, asking residents to complete petitions with their printed and signed name, birth date and home address—all state Board of Election requirements.

Unlike earlier in the pandemic, the group cannot collect signatures electronically, making the effort more challenging. Dorsey-Walker couldn’t say how many signatures have been collected to date.

Support has not been forthcoming from incumbent council members, who she says “do not want to give up their turf.” However, the initiative has broad support from a number of community associations, cultural and political organizations, which include the Baltimore County League of Women Voters, NAACP, Greater Baltimore Muslim Council, and Baltimore County Young Democrats.

If the referendum is adopted, Baltimore County would not be the first jurisdiction in Maryland to change the size of its council. The state’s two largest jurisdictions did so in recent years. Prince George’s County began with 11 council members when its charter was created in 1970, decreased its representation to nine, and then in 2020 took it back to 11 with two at-large seats. Montgomery County Council increased from seven to nine council members in 1990.